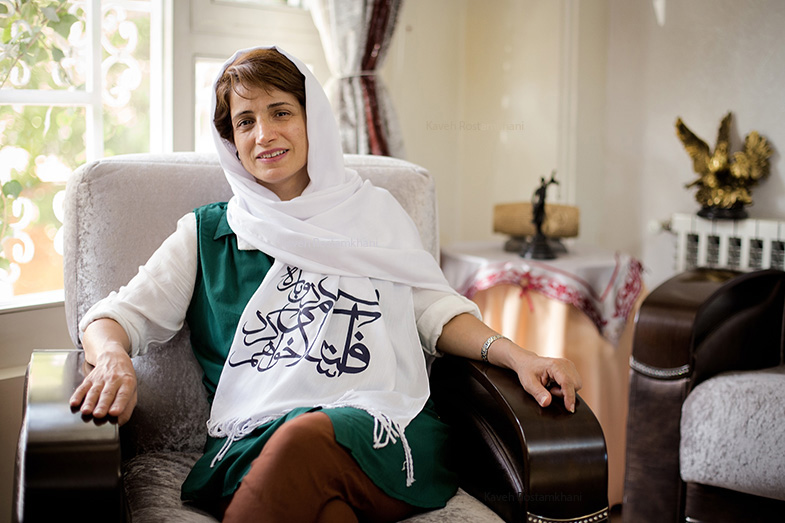 The Iranian Lawyer and co-winner of the 2012 Sakharov Prize of the European Parliament, Nasrin Sotoudeh was released from prison on Wednesday, September 18th, 2013. Back in July when I took this portrait of her, she was on a temporary leave from the prison, and nobody could imagine such a quick release as she had still four years of sentence to serve. But there was hope, as the calligraphy on her scarf reads: “I will greet the sun again”, a quote from the famous Iranian modernist poet Forough Farrokhzad.